Agent of change in Rwanda 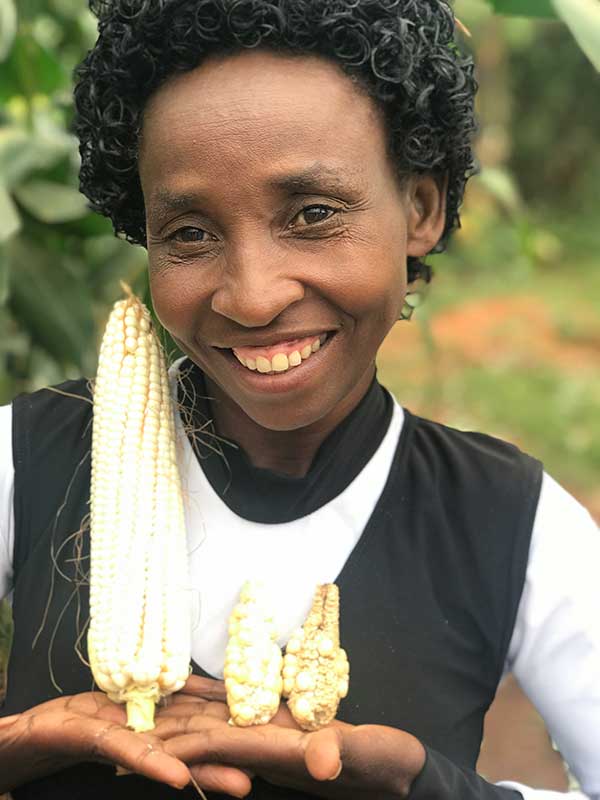 In just nine months after her own training, Clementine Murakatete went on to train nearly 500 farmers in her community, through a network of women’s and farming groups. She has a small plot, farming maize and potatoes in Eastern Rwanda.

Once Clementine had seen the results of applying the microbial inputs for herself, she was passionate to pass it on. The previous season, her maize had been ravaged by disease and her crops had failed; this last season, she harvested an abundant and healthy crop. She was then given special training to become a trainer, and financial support for transport, equipment and ingredients. She then went on to train others.

One surprising discovery she made was her crops were pest resistant. While her neighbours’ maize crops were infested with Fall Armyworm (FAW), her crops were unaffected because the lactobacillus input she had used built crop immunity. This observation has opened a whole new dimension for Lifeworks as farmers across Africa are plagued by FAW. In partnership with Technology for African Agriculture Transformation (TAAT), funded by the African Development Bank, scientists are now trialing our inputs in Zambia.